Something was seriously wrong. Mike was living the good life.

Every day, he was making a difference in the world – he was the CEO of a company that builds educational software for schools with children who have disabilities.
His work made him happy, and the value he provided to big clients was huge.
Past clients he hadn’t heard from in months would regularly email him out of the blue just to say how awesome his software was and how much it was helping them serve their community.
So what was the problem?

Mike was frustrated, every single day, because there was a huge gulf between his dream version of himself and where he actually was.
From the outside, Mike looked successful. He had a beautiful wife, 4 boys and big, beautiful home. But he’d look around at others on Facebook and Twitter — see them giving keynotes, appearing on podcasts, and landing huge clients, and think, “That should be me.”
This gulf between dream and reality showed up in other ways too. Mike wanted revenue to be 5x time what it was. He wanted to write a book. He wanted to be the devoted Dad he didn’t have as a kid, but he was barely eating dinner with his kids 1 or 2 times a week.

And like many people, Mike knew logically what he should do to achieve those things.
He’d spent hours and hours researching the perfect way to write a book, the perfect time management system to end every day exactly at 5pm, the perfect mindsets for achieving work-life balance.
Yet somehow, none of it ever happened. Why?

Let me ask you: have you ever been in Mike’s position? I know I have.

Back when I was in college, I was full of dreams. I’d envision my future, write out affirmations, lay out the perfect to-do list, plot out the ideal calendar. You name it, I did it.
Yet month after month, I was the same unfulfilled, frustrated person.
Here’s the problem I had, and the problem Mike had too. Maybe it sounds familiar to you.
Like me, Mike had a total inability to focus.
He’d sit at his computer and get ready to buckle down on his book, and then somehow, someway, the news would appear on his browser…

15 new tabs would suddenly appear, full of top 10 lists on the best books for entrepreneurs to read, the best to-do list apps, the best way to block out your calendar…
Then he’d spend an hour or more flipping through all these distractions, close the tabs one by one, and eventually get back to his book. Then he’d look at his to-do list, sigh, close Byword, and get back to the urgent business of the day: answering emails, making phone calls, etc.
You see, Mike was great at getting those things done, things he had to do, like client meetings — which he was a pro at. But then after the important or urgent obligations were over for the day, all his energy would vanish.
He might get one or two other things done in a day, but he just couldn’t find the focus to get more than the absolute essentials done.

(And that was just work — he also had a backlog of personal stuff to do: small projects around the house, plans with his family, decluttering, updating his computer.)
What little focus he could muster was sucked away by interruptions — people calling him, emailing him, client emergencies.

He’d forget stuff, get stressed out, and snap at his team members.
Mike could never summon the focus to do the real things that would get him to where he really wanted to be: a published thought leader and a devoted father.
And because he could only focus on “small fires,” as he called them, he never invested time in his real goals: making more money, becoming a thought leader in his field, and being an amazing dad.
He kept trying the same things: different productivity apps, accountability buddies, reading books, tinkering with his calendar.

The more he struggled, the more he seemed to get sucked back in, never able to reach stable ground. Focus was always just out of reach. Distractions kept him stuck in the quicksand of stagnation.
He’d go on Instagram and see people on amazing vacations with their families, building their dream homes, presenting at TED Talks…and feel the envy like a gut punch. Those were his dreams, too.
Then he’d just sigh, close the tabs, and think, “Wish I could do that.”

Once you stop making progress, you’re declining. And that was true for Mike. He couldn’t break through to real growth, because distractions held him back.
Mike knew he was capable of so much more. He was coming up on 15 years since graduating college, and thinking back on his dreams at 22 versus his life at 37…he knew he’d fallen short. And this knowledge was eating him up inside.
He felt less confident about what he could do as a person. It seemed like his future would just happen to him…like he didn’t have control over it.
8 years ago, every day felt like a new opportunity to disappoint myself. I was doing fine in classes, but I had this vision of myself as a successful entrepreneur, someone who helped others and made a difference in the world. Yet every day, I couldn’t focus long enough to even write a blog post.

I kept getting distracted before I could ever really concentrate. Facebook, the news, TV shows, doing laundry…I’d do anything but focus on working towards my goals.
I didn’t know it at the time, but I lacked the ability to do Deep Work.
And it was only when I went through a phase of productivity experiments that I discovered the seeds of the system I’ve now grown into a full-blown way to live a driven, focused life.
A friend and I dove head first into the productivity literature. We read every book we could get our hands on, we went to seminars around the world with experts like Tony Robbins, and we spent thousands of hours testing techniques out and refining them. All to close the gap between where we were, and where we wanted to be.

Over a period of months, I developed a system that worked for me.
I finally got clarity on my most important goal.
I discovered how to jump start myself into focus, no matter how distracted I was.
I developed a foolproof way to find the ONE thing I needed to work on whenever I felt lost during the day.
I set up systems for addressing the “small fires” in my life: the phone calls, emails, and meetings that had to get take care of but that would destroy by ability to do Deep Work if I let them.
I systemized how to deal with incoming requests, so that every email and “Got a minute?” didn’t become a time debt sucking me away from real productivity.

I found a way to banish distractions, so I no longer felt compelled to open Facebook or Reddit every 5 minutes.
And I discovered easy ways to find the time for Deep Work, no matter how busy I was.
And in the 8 years since, I’ve taught this system to thousands of people, who have paid millions of dollars combined for the information.
But I’m getting ahead of myself. 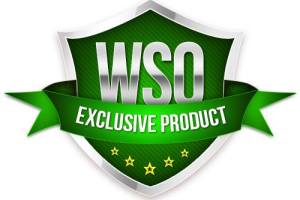 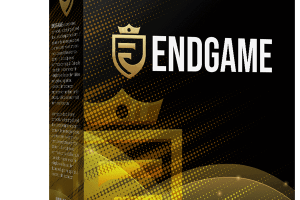 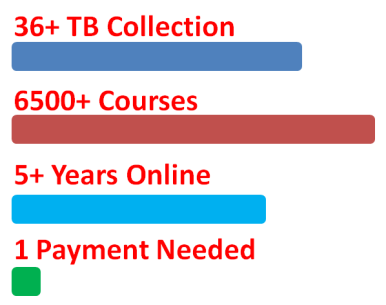